"Every great advance in natural knowledge has involved the absolute rejection of authority."
—Thomas Huxley

Understandably, authority establishes and enforces wherever, whenever, and however possible, respect for authority, obedience, conformity, and most of all, inhibitions against defying authority. We are conditioned from birth to experience fear and shut down whatever creative path led us to contemplate defying authority whenever we find ourselves on the brink of doing so. The lost creativity for the species is incalculable. And that's only one dimension of our related losses.

The reason such conditioning works is because it is natural to incorporate inhibitions against legitimately dangerous behavior, and, because our inhibition circuits are not rational, but associative according to emotional intensity. It is a fairly simple matter for those who would control us to associate common fears (even if groundless) with the behaviors they want to control. 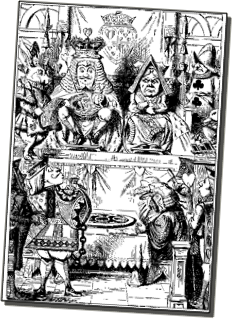 If you are ruled by fear, you are easily ruled.

For example, nowadays the mere mention of the word "terrorism" is enough to instantly brainwash over half the population into declaring unprovoked war and giving up their constitutional rights and the keys to the national treasury to whoever utters it, without the slightest inclination to look deeper into the veracity of the claimed danger.

The first essential for breaking the cultural trance is recognizing and overcoming groundless fears. The next is dispensing with the fear-base authority model altogether and developing more considerate, effective, flexible, and creative principles-based processes for conducting our affairs, resolving our conflicts, and wisely creating our future.